The Royal College of Radiologists (RCR) recognises the importance of effective workforce planning. The RCR’s primary source of workforce data is captured through its workforce census. Data on new consultant appointments and the RCR membership additionally contribute to building an accurate picture of the workforce.

The RCR carried out a pilot workforce census among clinical radiologists for the first time in 2008. Following the success of the pilot exercise, the study was repeated and extended in 2009, 2010 and 2011. This report provides results of the 2012 census and comparisons to previous years. The 2010 to 2012 census data are the most accurate collected so far, achieving a 100% census completion across the three years. 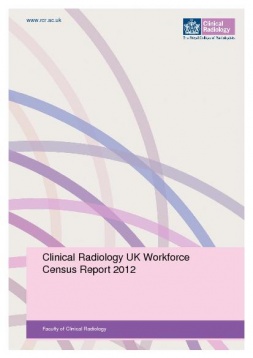