The publication of census data is always a big event in the RCR year. Some staff have collated the data, cleansed and analysed it, including providing images and graphs to illustrate the relevant points. Others have worked with the Medical Directors of Professional Practice (MDPPs) to provide prose that is readable and digestible. A third group have chased every promotional opportunity across the media in print, radio and television. At the sharp end sit the officers and especially yours truly, trying to make the message interesting and arresting without resorting to sound bites that look like one could win media tart of the year award.

Slightly more bemusing was the long list of local newspapers who ran the story (who knew there were so many?) and the slightly left field ‘appeared in Homes Under the Hammer’ line in the round up. It turns out the news segment ran after that show ended. It was a bit of a whirlwind, but I was reassured I hadn’t forgotten a daytime TV appearance. A small typo by the Times provided significant Twitter fodder for those who had time spare.

Given the hard work our clinical directors have put into collecting and sharing the census data, the RCR now makes much better use of it through multiple outward facing channels, especially in the media and among politicians. Media interviews are always a stressful undertaking, especially to someone, like myself, who does not have a great desire to speak in sensationalist, tabloidesque soundbites. Being subtly driven to say something quotable, while trying to get your point across in a balanced fashion requires significant concentration and a small dusting of luck. To those who were attending RCR meetings on the days, I apologise for my absence, but I was working, honest guv.

With the census data coming out, the battle to inform those talking about the promise of CDCs, that workforce is essential for the new kit to deliver as expected, is on. I had the opportunity to make those points to the All Party Parliamentary Group (APPG) on healthcare infrastructure – IT connectivity and estate footprint are too important to ignore, while continuing to push for the necessary workforce to make them useful. Raising the level of IT infrastructure is essential for the functioning of all aspects of the NHS in the coming years, not just clinical oncology and clinical radiology.

The huge workforce gap compounded by increases in less than full time working and retirements coupled with rising demand for and the increasing complexity of technology has translated into workplaces where the service we want and the public deserve cannot be delivered. The rising stress levels among staff, compounded by ongoing COVID sickness (it REALLY hasn’t gone away), has fuelled a feeling of being unable to cope, further increasing sickness absence. How far can we go? How many of us will fall at the altar of being valued? Of being respected for the expertise we have? Of being asked to go ‘one step further’ once too often? Talking to colleagues around the country this is perhaps a more pressing risk than lack of workforce itself. How do we protect ourselves from our own instincts to help – as, for many of us, this is why we joined the profession.

On a lighter note, we celebrated a huge number of folk working towards expanding the workforce this month. The first in-person admissions ceremony since November 2019 delivered a joyous, fun family celebration. Intoxication on alcohol as well as happiness also played a part for some. Despite a hiatus, the event ran like clockwork and a special mention should go to Barry Kelly, who delivered an entertaining as well as informative, Crookshank lecture. A week later we travelled to Manchester (despite the train chaos) to welcome those who were awarded their fellowship virtually. Two celebration events over two days finally blew the COVID cobwebs away. Over 1,000 folk renewing old acquaintances, making new friends, networking for potential jobs and having photographs taken in their robes (and with a few Officers sneaking in) were a sight and sound to behold. Long distance travellers from, among others, Malaysia and Iran joined those from all four UK nations across the age, culture and language spectrum to celebrate their (now not so new) achievements. A great venue contributes to, but does not make, a great event. Thanks to all the hard work of RCR staff and Officers, the Fellows and their families had a great time. The best of the RCR community. 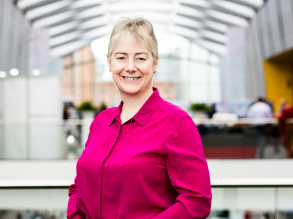