The RCR’s Clinical Oncology Faculty and its special interest group for chest imaging have been announced as winners at this year’s British Medical Journal (BMJ) Awards.

The team behind the RCR’s pioneering radiotherapy consent forms has won the BMJ “Cancer Care Team of the Year” award, and the British Society of Thoracic Imaging (BSTI) has been named 2021 “Diagnostics Team of the Year” for its fast and comprehensive clinical response to COVID-19.

The winning teams were revealed at an online awards ceremony on 29 September.

Launched in May, the patient consent forms were created to help standardise the informed consent process for adult cancer patients undergoing radiotherapy, after a 2019 survey into prostate cancer treatment consent forms – and the supporting information they gave to patients – showed significant variation across the UK.

The initial tranche of forms cover radiotherapy to 10 cancer sites, including breast, prostate, head and neck, oesophageal and lung cancer.

“Our new radiotherapy consent forms were the result of months of fantastic hard work and collaboration from a truly multi-professional working group of over 100 people.

“It is a really proud moment and an utter pleasure to see the team recognised with such a prestigious award from the BMJ.

“The forms have already been downloaded more than 13,000 times and we have had interest from many other countries too. The team are now developing forms for other cancer types as well as collecting feedback on the first forms and updating them.”

“We believe these forms bring real benefits to standardising cancer care and ensuring true shared decision-making between patients and clinicians.”

Meanwhile, the BSTI was lauded for its huge efforts improving awareness, education and clinical networking on the chest imaging considerations around COVID-19.

As COVID-19 became more prevalent, the society quickly worked to produce guidance on the imaging appearances of the virus, as well as an imaging decision support tool, multiple clinical papers and learning resources and a pioneering image sharing database to help chest imaging teams across the UK.

“BSTI mobilised immediately, coordinating partners across healthcare and providing chest imaging consultants and teams with robust clinical guidance and education materials, as well as raising public awareness of the importance of imaging.

“We couldn’t be prouder than to see the innovation and importance of both of clinical imaging and oncology recognised by this year’s BMJ Awards, and wholeheartedly congratulate all of the well-deserves winners.” 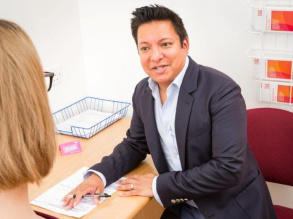