The Gold Medal is awarded by Council upon the recommendation of the Honours Committee to an esteemed Fellow of the College who has made a significant contribution in their field whether in the UK or overseas.

Professor Adams is a Consultant Radiologist at Central Manchester University Hospitals NHS Foundation Trust. In her NHS commitments she is an Honorary Consultant, and has been Clinical Director of the Radiology Department at Manchester Royal Infirmary and Chair of the regional committee for Clinical Excellence awards.She was elected a member of the International Skeletal Society in 1986 and awarded their gold medal in 2007. She has a particular interest in osteoporosis, fracture recognition and the measurement of bone mineral density and her research has resulted in over 200 peer-reviewed publications, 24 invited reviews and 34 book chapters to date.

Any Fellow of the College may submit a nomination to the Honours Committee with a statement indicating the reasons for the nomination together with brief biographical details of their nominee’s major achievements.

Nominations should be sent by email to the Governance and Council Officer by 5.00 pm on Thursday 1 September 2016. 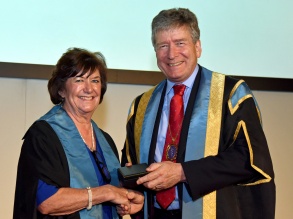