Organisations responsible for the procurement and use of medical radioisotopes have urged new Prime Minister Boris Johnson to give assurances about product supply and costs to the NHS, ahead of a potential no-deal Brexit.

Today, the leads of The Royal College of Radiologists (RCR), the British Nuclear Medicine Society (BNMS) and the UK Radiopharmacy Group (UKRG) have issued a joint letter to Mr Johnson, asking for his help addressing specific questions about contingency of supply of these vital medical products.

Stressing the importance of medical radioisotopes, the authors explain:

“Medical radioisotopes are crucial in the diagnosis and treatment of cancer and other conditions. However, as nuclear materials they are constantly decaying and their transport and use needs to be meticulously planned to ensure they reach patients in time – for example, one product used in the diagnosis of Alzheimer’s disease is flutemetamol, which is imported from the EU and has a half-life of less than two hours.”

While it is difficult to give a precise figure due to varied reporting across the UK, approximately one million NHS procedures a year use radioisotopes. Most are nuclear medicine scans to diagnose disease but radioisotopes are also used in internal cancer treatments.

Some radioactive tracer products used in PET-CT scans can be created in particle accelerators in the UK. However, the majority are made in nuclear reactors abroad, with much of the UK’s supply coming from nearby reactors in the EU, particularly from Belgium and the Netherlands.

Addressing the Prime Minister, the RCR, BNMS and UKRG comment that they are encouraged by work being undertaken by officials and industry to map and test the supply lines for radioisotopes but add: “we remain apprehensive about supplier readiness, and the impact shipment changes and/or delays are likely to have on hospital planning and expenditure, and ultimately, on patients.”

Currently, radioisotopes enter the UK via road and air freight, with most coming by road through the Channel Tunnel. In the event of a no-deal Brexit and increased road transport delays, suppliers have been asked by Government to ensure they can fly in all of their consignments.

The authors note that increased air freight was successfully trialled earlier this year. However, the organisations have been made aware that a supplier faced customs delays at East Midlands Airport, which has also given rise to questions about whether industry has enough qualified drivers to cover changes or delays to shipment timings from airports on to hospitals around the UK.

They also highlight how increased transport costs for flying radioisotopes in will be passed on to hospitals and call for more information on cost hikes and how they can be recouped through the NHS tariff system.

“We appreciate the bulk of contingency planning rests with goods suppliers but, given the crucial nature of these materials, we believe the Government has a clear responsibility to update the health sector about outstanding concerns. We ask that you provide urgent clarification on a number of issues relating to radioisotope supply: 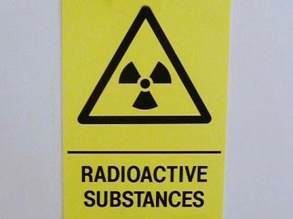