New figures from the RCR reveal how the supply of specialist cancer doctors is continuing to fall behind NHS demand.

Oncology leaders at the RCR have warned that patients face poorer outcomes and less chance of having their cancer cured as the understaffed oncology workforce battles ongoing demand, restricted capacity due to infection control measures and a predicted surge in new cases because of coronavirus delays.

The RCR’s clinical oncology workforce census documents the UK’s provision of clinical oncology consultants – the doctors who treat cancer with non-surgical means such as radiotherapy, chemotherapy and immunotherapy.

Submissions for the latest UK-wide report were returned in mid-December 20191, just before coronavirus hit.

Findings from the 2019 census, released today, show that:

RCR figures show that at the end of 2019 there were 938 clinical oncology consultants working across the UK’s 62 cancer centres.

Factoring in retirements and part-time working, this equates to 868 full-time doctors – an increase of just five extra full-time consultants from 2018.

Meanwhile, the number of new cancer patients needing non-surgical treatment is rising by an estimated 165,000 each year2.

Non-surgical cancer care has continued throughout the coronavirus pandemic, but patient turnaround has slowed down as cancer centres have had to manage staff sickness and reduced capacity due to social distancing and cleaning requirements.

The cancer community is also anticipating seeing a surge of new patients whose diagnosis and treatment has been delayed because of the virus, likely to hit in the autumn3.

The UK’s shortage of clinical oncology consultants is not a new problem. However, RCR data shows the situation has rapidly worsened over the past three years.

In 2016, five per cent of NHS clinical oncologist posts were vacant, and the overall staffing shortfall – calculated by including doctors’ overtime to give a more accurate picture of shortages – was estimated at 13 per cent4.

At the end of 2019, the job vacancy rate had doubled to 10 per cent, while the estimated shortfall is now at 19 per cent, and 2020 recruitment will not come close to bridging the gap.

The RCR estimates 48 new UK-qualified consultants could join the workforce this year, if they are all able to complete their training around service disruptions and redeployment due to coronavirus – but they will not be enough to fill the UK’s 93 vacant posts, let alone meet the estimated shortfall of 207 consultants.

England, with the biggest population of patients and the most cancer centres, saw no increase in full-time clinical oncologist numbers from 2018-19.

Particular English regions are also facing consultant shortages above the average UK shortfall of 19 per cent, such as the South West (25 per cent shortfall) and the North East (24 per cent)6.

Elsewhere, Wales and Northern Ireland have above average consultant shortfalls (21 and 22 per cent respectively), and the forecast for Wales is dire, with its clinical oncologist shortage expected to reach 33 per cent by 2024.  Scotland’s workforce is comparatively much better off, with a 14 per cent shortfall of clinical oncologists.

“NHS cancer teams were working flat out before coronavirus hit and have continued to provide services during the pandemic. We just do not have the capacity to provide the same level of care as before when we are faced with a new peak of cancer referrals and given the added pressures of coronavirus.

“Delayed access to diagnosis, compounded with clinical oncologist shortages, will inevitably mean patients waiting longer to see a cancer expert, with worse outcomes and less chance of curing their cancer.

“The UK workforce needs at least another 200 more clinical oncologists to keep up with demand, but the stark reality is last year it only had an overall gain of five consultants. Without more staff and more resources, it is hard to see how we will ever improve our cancer survival rates.

“Chemotherapy and radiotherapy departments are doing everything they can to manage demand – they are planning ahead to take on a surge in patients, opening at weekends, trialling faster treatments – but major obstacles around staff shortages are largely out of the hands of doctors.

“Frustratingly, we have no control over staff funding, or issues like pension taxation, which last year drove some doctors away from working overtime. We desperately need central and devolved governments to act to boost clinical oncologist numbers and improve cancer staffing across the UK.” 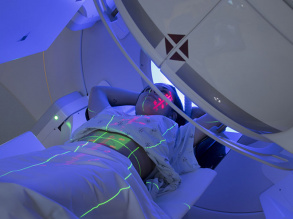