Approximately 50 students from backgrounds under-represented in higher education, who have demonstrated an interest in pursuing medicine as a career, were introduced to clinical radiology and clinical oncology through a series of interactive workshops and talks. The event took place on Wednesday 3 July at Charing Cross Hospital and was organised by clinical radiology registrars Dr Susan Hesni and Dr Mitesh Naik, and clinical oncology registrar Dr Thomas Charlton.

Following the success of last year’s event, RCR President Dr Nicola Strickland once again delivered a keynote speech to engage the students and convey her passion for the RCR’s specialities.  She described her own path through medical school and postgraduate training, and expressed exactly why she gets so much satisfaction from her career in radiology, before taking questions from the students.

The students gained practical exposure to imaging by performing ultrasound scans on volunteers.  They were able to perform a basic abdominal ultrasound study as well as assess the major vessels in the forearm.  The students’ were also eager to try a more complex neck ultrasound.

Thanks to equipment donated by Cordis, the students were given the opportunity to learn about aortic aneurysms with the aid of a simulator. They were even able to perform simulated aneurysm repairs themselves. The final radiology workshop involved reviewing on-call trauma cases, including penetrating traumatic injuries and acute intracranial emergencies.

Radiographers led a session on planning and worked through a series of simulated cases. The students also had a tour of the radiotherapy suite, which facilitated discussions with physicists.

The event was hugely successful in motivating the students to consider medicine as a career and also gain a deeper understanding of the RCR and its specialties. 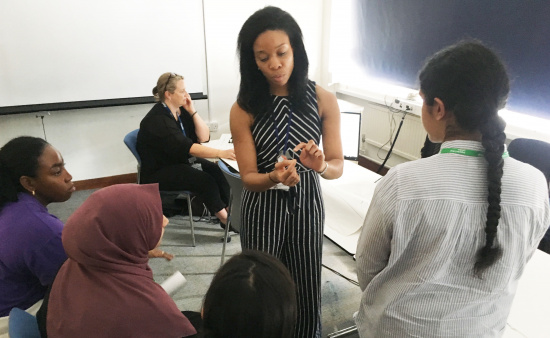 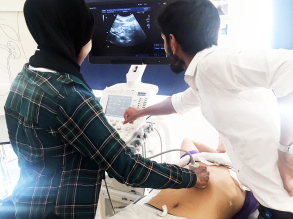