Skip to main content
Due to high volumes of traffic log in may take longer than usual. We understand how frustrating this is but please be patient as we manage requests and allow time for log in to complete before refreshing the page.

A mixture of face-to-face and virtual meetings, compounded by exams (and the examiners) and ejecting me from my office (again) has left me unsure whether things are returning to normal or not. In the UK, the ongoing perfect storm of waning immunity six months post-vaccine, winter starting and elective backlogs have continued to deeply stress a chronically understaffed and underfunded health service. Looking east we can see another wave of COVID-19 taking hold in various European cities. Time will tell whether the east wind will bring us more than just colder weather. Around the globe, it seems we are all just keeping going, under trying circumstances. That the circumstances vary a little is perhaps less important than fact we are all struggling.

The RCR regional visits continue with some reflected (at least) sunshine from Egypt and Dubai, but less apparent brightness (in weather terms only) in the north east of England. With London lined up before Christmas, we are definitely back in the swing of it. Although I would much prefer visiting in person and talking face to face, this is one advantage of the virtual world – that it allows us to connect more frequently and personally with Fellows and members on the ground and around the world.

Having received an invitation to the first meeting of the Future of Health and Social Care Deliberative Event courtesy of Health Education England (HEE), I attended in some trepidation. A virtual meeting with more than 200 participants did not sound like an ideal forum for an exchange of anything. However, I must confess, in the end I was pleasantly surprised. The breakout groups were extremely well organised and facilitated. They were small enough to foster really meaningful discussion and varied enough for participants to provide challenge to one's point of view – what more could one want from attending a meeting? I hope that the final output of this series of events is a strong framework for how we train the workforce of the future to best meet the needs of the whole population, across boundaries and silos, and not just the small segment of specialism it spends most time with.

I have recently returned from two weeks' annual leave, when I managed a grand total of five days with no RCR events. One reason for the leave had been the hope (vain as it happened) that I might manage to attend the joint Hong Kong College of Radiologists / RCR admission ceremony in person. When this proved impossible it seemed daft to take two full weeks away, but, as ever, when there is no absolute prohibition on filling spaces in my diary it is amazing what creeps in. I did manage to almost finish my Christmas shopping so have the bonus of feeling vaguely smug. The ceremony was the reason I spent a Saturday morning in full regalia on Zoom. It was my last chance to preside at the ceremony as President and I was honoured to do so, but would have preferred being closer to the candidates and not projected so large on the screen behind them.

Over the next month we will host two virtual ceremonies – a significant organisational undertaking and only possible due to the combined hard work of the exams team at the RCR (including the examiners) and the trainees themselves. The admission ceremonies are one of the great boons to being President. They are one of the few times the full regalia of office get an airing (and I do like the necklace, sorry Presidential medal). They are times of unalloyed joy and happiness and it is great to spend time with so many happy and enthused young colleagues. Sharing them, even virtually, is a great lift to the spirits – but I look forward to next year when we will revert to face-to-face ceremonies once more.

Essential from a governance point of view, was the annual general meeting (AGM) which took place, once again virtually, on 28 October. The RCR is a charity and, as such, is legally obliged to hold an AGM every year. For me this marks the time when Fellows and members can ask questions directly about the running of the organisation. There was a lively dialogue despite the virtual nature of the event. We were also able to acknowledge and publicly thank those from both Faculties who contributed significantly to the work of the RCR, keeping it going during the pandemic, with special COVID-19 excellence awards. The AGM held slightly different significance for me as it marked the first 'last' of my Presidential term. Did I mention about elections? 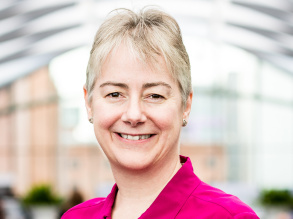