Each Admission Ceremony provides us with an opportunity to recognise the outstanding achievements of those who have contributed to our specialties.

The Royal College of Radiologists (RCR) will award two Honorary Memberships of the College at the Admission Ceremony on 16 April 2021 as well as four Exception Contribution awards and other prizes and medals.

Honorary Membership is awarded to those who have promoted the interests of clinical radiology or clinical oncology and made notable contributions to either.

The Exceptional Contribution Award recognises Fellows or members who have dedicated a significant amount of time and service to the RCR.

Receiving the awards are: 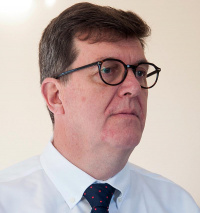 Dr Mark Gaze is a Consultant Clinical Oncologist at University College London Hospitals and Great Ormond Street Hospital for Children, with a specialist practice in paediatric and molecular radiotherapy. He qualified from Saint Bartholomew’s Hospital and undertook specialist training in Edinburgh and Glasgow. His MD thesis was on the targeted radiotherapy of neuroblastoma, a subject in which he continues to have a persisting clinical and research interest. Over the decades he has had a number of roles within The Royal College of Radiologists, including membership of the Board of Faculty of Clinical Oncology and Council, and as lead for continuing professional development and revalidation. 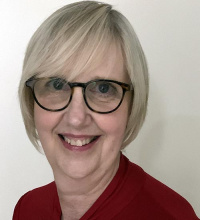 Dr Di Gilson was a Clinical Oncologist working in Leeds until retirement in May 2019 and RCR Medical Director for Education and Training, Clinical Oncology (2010–2014). Dr Gilson was a college tutor, training programme director, regional adviser, member of the Specialty Training Board and Advisory Committee (STAC). She chaired STAC (2008–2010) leading development and introduction of the 2010 training curriculum, workplace-based assessments and the ePortfolio.
As the first Chair of the Clinical Oncology Professional Learning and Development Committee (2015–2019), Dr Gilson led development of RCR  Learning for clinical oncology, including online resources, face-to-face events and radiotherapy outlining workshops. In Leeds, Dr Gilson was Chemotherapy Lead, Clinical Director and established the supranetwork skin lymphoma service and CancerEducation@Leeds. 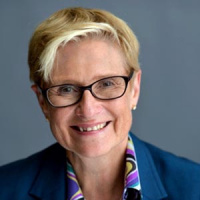 After completing her radiology training in London, Perth, Australia, Sheffield and Nottingham, Dr Halliday was appointed as a Consultant Paediatric Radiologist at Nottingham University Hospital (NUH) in 1998. She has a special interest in the imaging of suspected physical abuse and provides expert opinions for cases throughout the UK. She was Chair of the British Society of Paediatric Radiology from 2010–2016 and chaired the working group for the updated guidance for imaging in cases of suspected physical abuse in children. In September 2017 she was appointed National Clinical Lead for the Getting It Right First Time (GIRFT) programme for radiology; the Radiology GIRFT report was published in July 2020. Dr Halliday took over as Clinical Director for Radiology at NUH in January 2021. 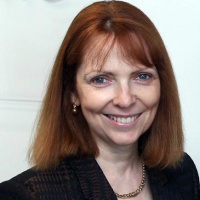 Dr Jane Phillips-Hughes undertook radiology training at University of Wales College of Medicine (UWCM) Cardiff and has been a Consultant Radiologist at Oxford University Hospitals NHS Trust since 1995. She has had extensive involvement in training throughout her career, as tutor, training programme director and then Head of School in Oxford, Thames Valley, and has been on the RCR Specialty Training Board 2013–2021. As Chair of the RCR Curriculum Committee 2016–2021 she played a major role in the development of the two new General Medical Council approved clinical radiology and interventional radiology curricula, which will be implemented in August 2021. She was also President of the British Institute of Radiology 2018–2020. 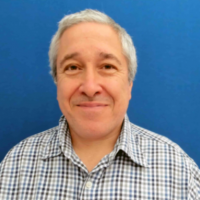 Dr Frankel conducted his PhD research with David Foster at Hunter College of the City University of New York, working on phospholipid signaling in oncogene transformed cells. Dr Frankel carried out postdoctoral training with Professor Chris Marshall, FRS at the Institute of Cancer Research, further advancing his knowledge of tumour cell signaling. In 2005, he joined Ark Therapeutics Ltd as a Group Leader working on anti-angiogenic drug development for cancer. In 2013 he transferred to UCL in the Division of Medicine continuing his work on normal and tumour angiogenesis. In 2019 he moved to UCL Institute of Cardiovascular Science where his group currently uses zebrafish models of vascular growth and heart regeneration. 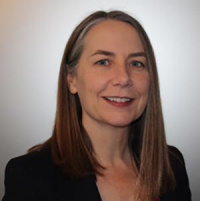 Dr Judith Mott PhD, MIPEM is a Consultant Clinical Scientist in radiotherapy physics at the Northern Centre for Cancer Care in Newcastle upon Tyne, where she is a medical physics expert specialising in advanced treatment planning techniques and stereotactic radiosurgery. Judith is the Radiotherapy Module Lead on Newcastle University’s MSc in clinical science and is also involved in the teaching and training of staff from other disciplines. She was a member of the RCR First FRCR Examination Board from 2014–2020 and has since written a series of educational editorials for Clinical Oncology.