The RCR is delighted to announce that Oliver Reichardt takes up the post of Chief Executive today (4 May).

Succeeding Andrew Hall in the lead staff role, charity and business change expert Oliver joins us from business productivity campaign Be The Business, where he worked as Interim Director of Strategic Partnerships.

Previously, Oliver spent six years as the Director of Fellowship at the Royal Society for the Encouragement of Arts, Manufacturing and Commerce, and has worked as the Director of Delivery and Performance at the New Forest National Park Authority and Head of the Public Services and Partnerships team at the National Council for Voluntary Organisations.

Alongside his varied charity and private sector experience, Oliver is also a committed charity volunteer. He is Chair of Sands (Stillbirth and Neonatal Death Society) and a trustee of active travel charity Sustrans, and was previously a National Trust council member.

“I am delighted to be starting my new challenge as RCR Chief Executive.

“These extraordinary times demonstrate more than ever the importance of medicine and health and social care provision, and I am particularly excited to be leading an organisation that supports and represents two vital medical specialties which transform the lives of millions of people.

“Andrew Hall leaves big shoes to fill after 17 years at the helm, but I look forward to taking up the post and ensuring the RCR continues to grow and develop, tackling current issues while also being ready to adapt to future challenges.”

“I would like very warmly to welcome Oliver to the RCR – despite the challenging times we find ourselves in. I am looking forward to working with him and utilising his wide expertise to shape the RCR of the future.

“And I offer my most heartfelt thanks to Andrew Hall for his huge contribution to the RCR over nearly two decades. His leadership and support have been invaluable in a period when the growth in the capability and impact of the RCR have been considerable. We wish Andrew all the best for the future.” 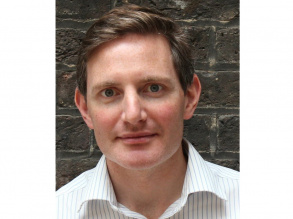