Get to know Dr Julian Elford, Medical Director for Membership and Business

We interviewed Dr Julian Elford, our new Medical Director, Membership and Business. We found out about why he stood for office, his views on getting involved with the RCR and the best advice he's ever been given.

Why did you decide to stand for office?

I wanted to make a difference in radiology, as trite as that might sound. I did not feel I could make a difference locally, and wanted to get involved on a national scale. There have been a lot of changes in radiology recently and there are a lot more changes coming, and I really felt I would like to get involved and try and help shape those changes.

What made you choose clinical radiology as your specialty?

When I was training I didn't really know what I wanted to do other than I knew I definitely want to be a doctor. I looked at a whole load of things and certain specialties were ruled out by exclusion, like paediatrics and psychiatry. I thought I wanted to be a surgeon. Then I was on call as a surgeon one weekend and we had to call in the radiologist. We got chatting and he had a great job – he knew everybody in the hospital, he got to play with lots of kit and he could help everyone. I thought it sounded like a great job and that’s what started my interest in radiology.

What is your favourite thing about your job

I think it’s the diversity. Every day is different, so I get to deal with lots of different specialty colleagues around the hospital and lots of different situations. So although there is a lot of reporting to do and that can be mundane at times, there’s a lot of variability. Also I’m now able to have a bit of control over my own working week, which I find fantastic.

What would you say to anyone considering a career in clinical radiology?

I would say it’s the ability to mix with oncologists and radiologists from all around the country and at different stages of training. Unfortunately we can’t do that face to face at the moment and that is such a shame. I’m also looking forward to meeting the non-doctors in the colleges who’ve got a different perspective on things.

What advice would you give to any Fellows or members thinking about getting involved with the RCR?

I would strongly encourage people to get involved in the RCR. It gives you an opportunity to try and shape how things are going – there’s no good complaining about the way things are if you’re not prepared to get in there and help changes things.

What is the best piece of advice you have ever been given?

Follow your dreams. You mustn’t let other people put you off – if you want to do something and you really think you can do it, you’ve got to do it.

Who inspires you and why?

I am really am inspired by Andy Murray. I play tennis myself and I’m not very good but I’m good enough to know that what he does is absolutely extraordinary. He is the lesson in dedication, hard work, never leaving any stone unturned, exploring all options and maximising your opportunities. The reason he’s better than a lot of people is mainly because he works harder.

Probably brining up my two children to be confident young adults. They are both University age now – and we all still talk to each other, which is no mean achievement.

Dr Julian Elford trained in Medicine at St Bartholomew’s Hospital, graduating in 1990. He obtained the MRCP following a medical rotation in Bath, before undergoing radiology training in Plymouth and Truro. He was appointed as a consultant radiologist in Winchester in 2001. His subspecialty interests are gastrointestinal radiology and body CT.

Julian was Lead Cancer Clinician in Winchester from 2005 to 2012, and was Treasurer of the British Society of Gastrointestinal and Abdominal Radiology (BSGAR) from 2016 to 2020. He was a member of RCR Council from 2016 to 2019, and a member of the Finance and Investment Committee from 2017 to 2019.

Outside of work he enjoys tennis and skiing, both of which he does with more enthusiasm than ability. 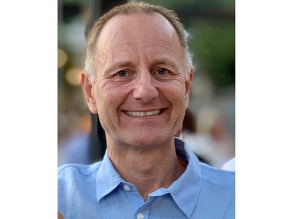