Each Admission Ceremony provides us with an opportunity to recognise the outstanding achievements of those who have contributed to our specialties.

The Royal College of Radiologists (RCR) will award three Honorary Fellowships and two Honorary Memberships of the College at the Admission Ceremony on 22 January 2021.

Honorary Fellowships are awarded to individuals of the highest distinction and eminence in their profession, in special circumstances or to those who have rendered outstanding service to the RCR or the wider healthcare community.

Honorary Membership is awarded to those who have promoted the interests of clinical radiology or clinical oncology and made notable contributions to either.

Receiving the awards are:

ORF Trainer of the Year Award

Dr Alison Louise Stillie
Alison Stillie, a consultant at the Edinburgh Cancer Centre, specialises in the management of breast and gynaecological malignancies. She enjoys the academic and pastoral aspects of educational supervision and supporting trainees in attaining their goals over the course of training. In addition to her teaching and training roles she is a Part 2B FRCR examiner. She was very surprised to be informed by the College that she has been nominated and delighted to discover that she is the successful recipient of the award. She would like to thank the trainees who nominated her and the ORF for awarding her the ORF Trainer of the Year. Read Dr Stillie's interview about her award

JRF Trainer of the Year Award 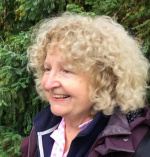 Professor Margaret Anne Hall-Craggs
Margaret Hall-Craggs is a consultant radiologist at UCLH and Professor of Medical Imaging at UCL. She is a member of the RCR Academic Committee, was the RCR 2017 Roentgen Professor, and is a founder and currently Director of RADIANT. Margaret has taught throughout her career. She has had the privilege of supervising several post-graduate students (PhDs and MDs) and has taught face to face (until Covid-19) throughout her consultant career. She has devised and run several radiology teaching courses and been involved for two decades with the ISMRM; supporting the delivery of science and education in the field of MRI. Read Dr Hall-Craggs' interview about her award

Dr Patricia Marin Crespo
Dr Patricia Marin-Crespo is a general radiologist with special interest in breast and gastrointestinal radiology. She studied medicine at Complutense University of Madrid, and completed her radiology training in 2013 at Fundacion Jimenez Diaz Hospital in Madrid. She underwent further training in breast at Northumbria Healthcare NHS Trust, and became an NHS consultant in 2014.

Dr Marin-Crespo practices at Kingston Hospital NHS Trust and The New Victoria Hospital. She is the breast multidisciplinary meeting lead at Kingston Hospital. She is also the MRI lead and prior to this role, she was the Learning from Discrepancy lead. In addition, she is an appraiser to her peers and regularly teaches rotating radiology registrars.

He has been invited to address a number of national and international meetings and has published 73 papers in peer reviewed journals.

Nationally she sits on grant funding committees for CRUK, MRC and NIHR, and was elected a Fellow of the Academy of Medical Sciences in 2018 for her work developing PARP inhibitors as novel cancer treatments for patients.

Professor Herbert Y Kressel
Herbert Y Kressel received his MD from USC and completed residency and fellowship at UCSF. Professor Kressel served as radiologist at University of Pennsylvania Hospital where he led the newly formed program in MRI. The primary thrust of his research was in development of clinical body MRI applications. In 1993 he was appointed Radiologist in Chief at Beth Israel Hospital in Boston and the Miriam H. Stoneman Professor of Radiology at Harvard Medical School.

He is the author/co-author of over 200 scientific reports. From 2008-2018 he served as Editor of Radiology. Since then Dr. Kressel has been Director of Science and Communications for the ISSSR. His numerous honors include the Silver Medal from ISMRM and RSNA’s Gold Medal.

Professor Sir Muir Gray
Muir Gray has worked with radiologists and oncologists for more than forty years. He was responsible for the introduction of national breast cancer, antenatal and aortic aneurysm screening programmes and in all of these worked closely with the College.

Another aspect of his professional career has been the development of value based healthcare and he published a book on How To Get Better Value Cancer Care, with David Kerr and in this work he has always emphasised that the time of radiologists and oncologists is the scarcest resource, not money.

He has also worked to ensure that clinicians have a greater degree of control of the resources available, again including clinical time as the key resource.

Mr Geoffrey Podger
Geoffrey Podger was a lay member of the RCR Council and of the Radiology Faculty Board between 2013 and 2019. He joined the College having just retired as a career civil servant.

Geoffrey worked in the Department of Health for fourteen years before becoming a regulator first for food safety and then for workplace health and safety, including a seven year term as Chief Executive of the Health and Safety Executive. He currently undertakes non-executive work for a variety of public, charitable and commercial bodies.

Kate has lectured for South Wales FRCR teaching programme, for the Wales Deanery and National Imaging Academy Wales since 2009, and was a member of the RCR FRCR examination Committee from 2013-2016, specialising in ultrasound physics.